Count Dracula was originally supposed to be named Count Wampyr. 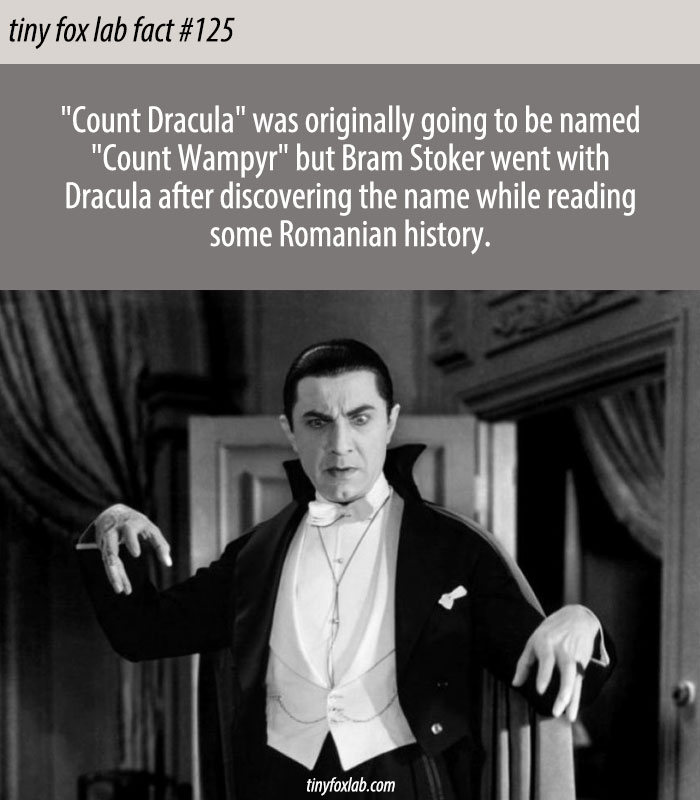 “Count Dracula” was originally going to call his vampire “Count Wampyr” but changed it to “Count Dracula.” This change is clearly made in Stoker’s own notes for DRACULA which are located at the Rosenbach Museum in Philadelphia. – Tiny Fox Lab Facts