People Who Take Clomipramine Orgasm Every Time They Yawn

The drug Clomipramine has been known to cause orgasms in yawning patients. 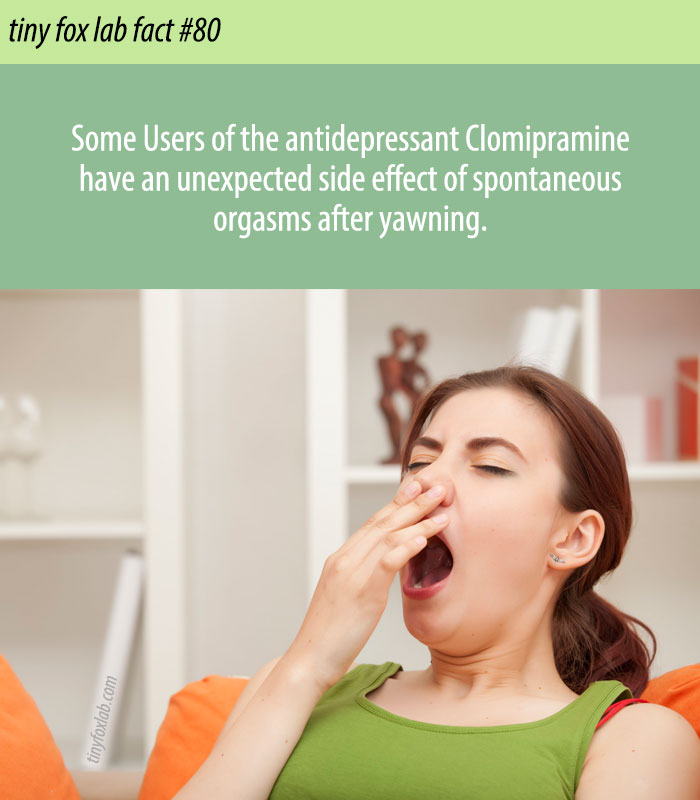 Some Users of the antidepressant Clomipramine have an unexpected side effect of spontaneous orgasms after yawning. – Tiny Fox Lab Facts

Approximately 5% of the people, both male and female, who take it experience an orgasm or intense sexual stimulation or some other “unusual” feeling every time they yawn!

Who Voted Against the Anglo-Irish Treaty of 1922?
Your Brain is Mostly Fat
Nine-Hour Rainbow Breaks Record in Taipei
Antarctic Ice Marathon