The Coolest Feature of Windows 95 Was Created on Mac 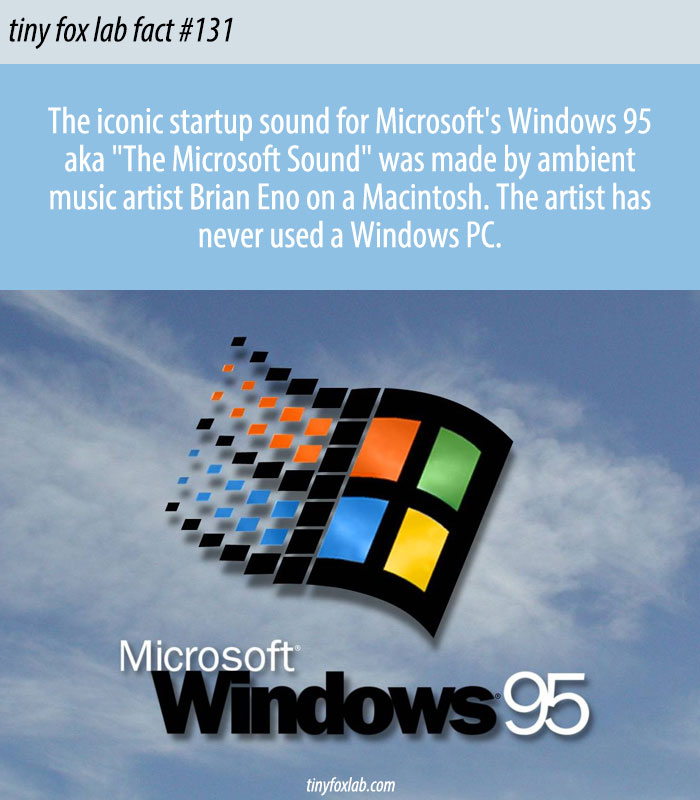 Microsoft originally commissioned English musician Brian Eno to create the startup sound for Windows 95. Eno’s piece of music was known widely as the Windows sound. At just over three seconds long, it became an iconic sound as Windows 95 grew in popularity. But Brian Eno wrote it on a Mac. – Tiny Fox Lab Facts

The World’s Most Popular Psychoactive Drug
Is it ‘Chiie’ or ‘Chile’?
The Most Populous Country in the World
Record Pineapple