The Benin walls consisted of a combination of ramparts and moats. Barely any trace of these walls exist today. 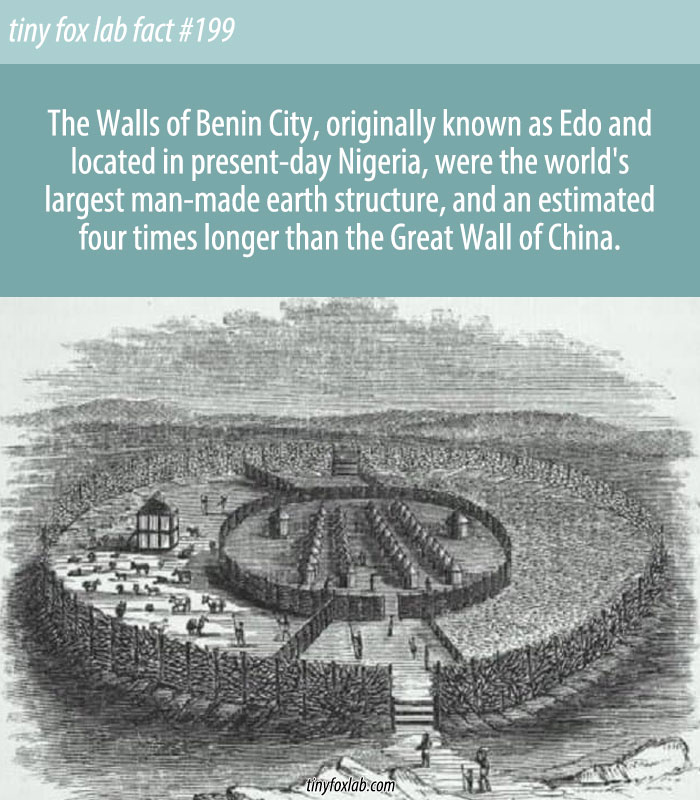 This is Africa, Tiny Fox Lab

The Walls of Benin City, originally known as Edo and located in present-day Nigeria, were the world’s largest man-made earth structure, and an estimated four times longer than the Great Wall of China. The Walls of Benin City and surrounding areas were described as “the world’s largest earthworks carried out prior to the mechanical era” by the Guinness book of Records. Large portions of the walls were destroyed by the British in 1897. – Tiny Fox Lab Facts