Venom Was Originally Created by a Marvel Fan

In 1982, Marvel ran a contest for writers and fans to explore new ideas for their comics. 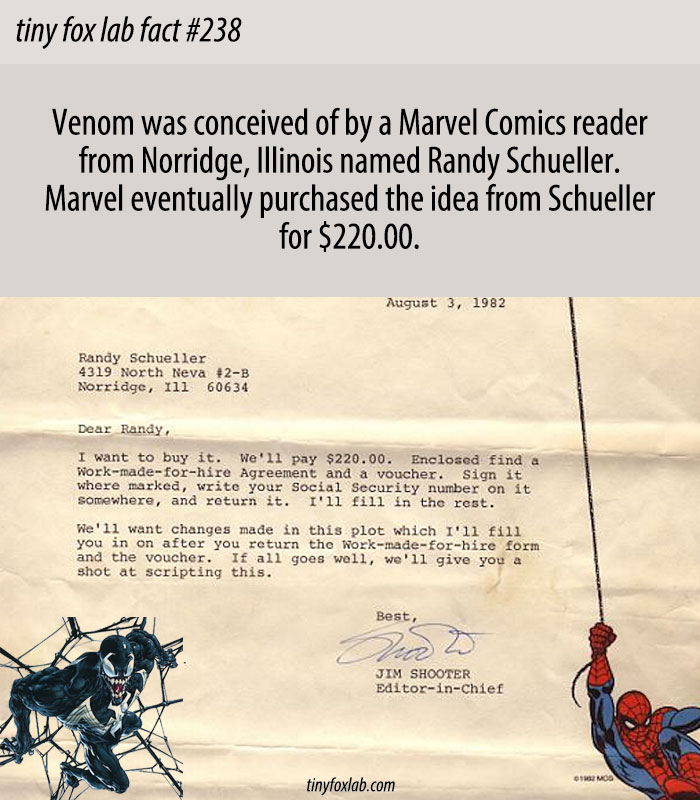