During the peak growing season, the corn belt outproduces the Amazon. 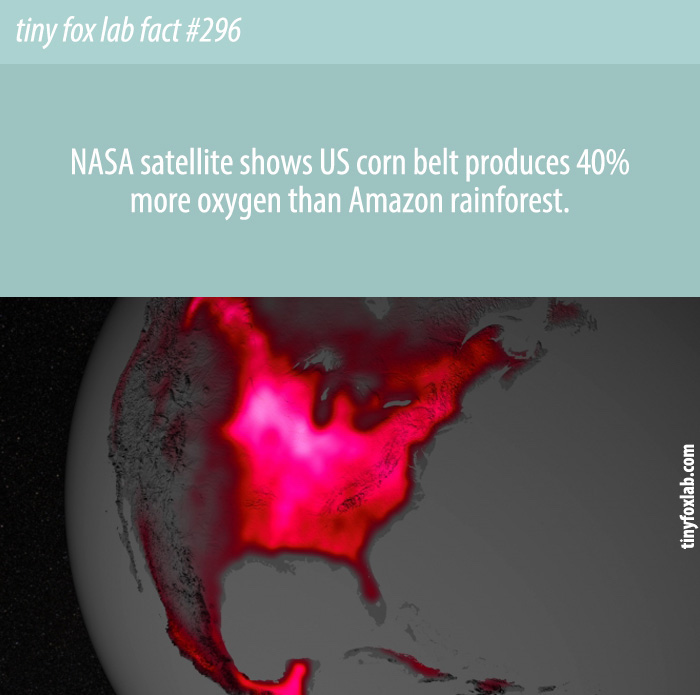 During peak growing season for the Midwest US corn belt, the region undergoes more photosynthesis activity than anywhere else on the planet – with levels up to 40% greater than observed in the Amazon.

It’s super efficiency at processing CO2 also means you get the dreaded “corn sweat” in the later summer.