Prince is said to have enough unreleased songs to make a new album every year for the next century. 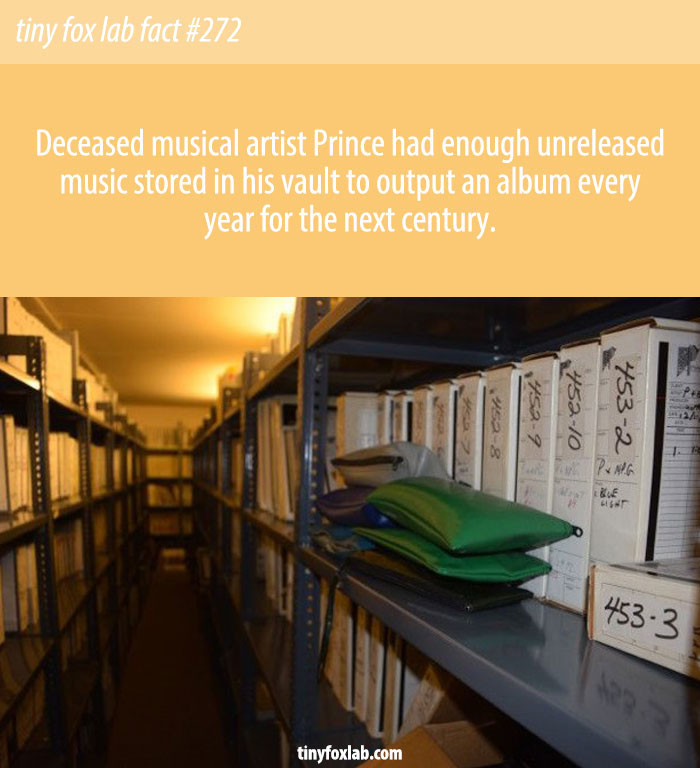 Prince kept a bank vault of unreleased recordings in the basement of Paisley Park. It’s estimated to contain enough music to release a new album every year for the next 100 years. Prior to Prince’s death, it was rumored that the musician wrote a new song every day. – Tiny Fox Lab Facts

No Charm For “Kid Cop”
Magnolia, Flower From Ancient Times
Has San Marino Ever Won a Game?
2 Billion English Speakers