Tweety's name was originally Orson, but this was soon changed. 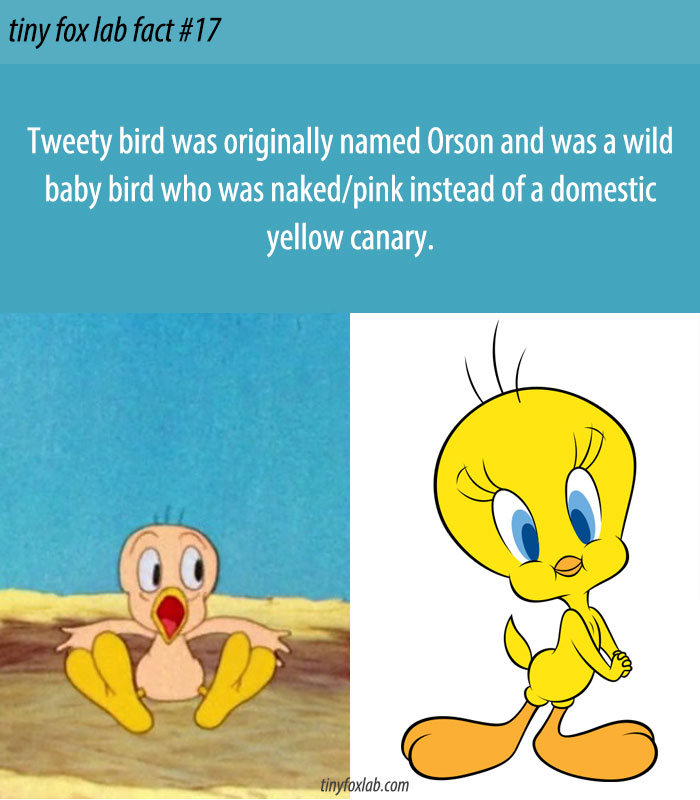 Tweety is a yellow canary in the Warner Bros. On the original model sheet, Tweety was named Orson, but this was soon changed.

Tweety was originally not a domestic canary, but simply a generic (and wild) baby bird in an outdoors nest – naked (pink), jowly, and also far more aggressive and saucy, as opposed to the later, more well-known version of him as a less hot-tempered (but still somewhat ornery) yellow canary. – Tiny Fox Lab