Trump Was Cut Out of Home Alone 2

'Down the hall and to the left,' Trump says before walking away. 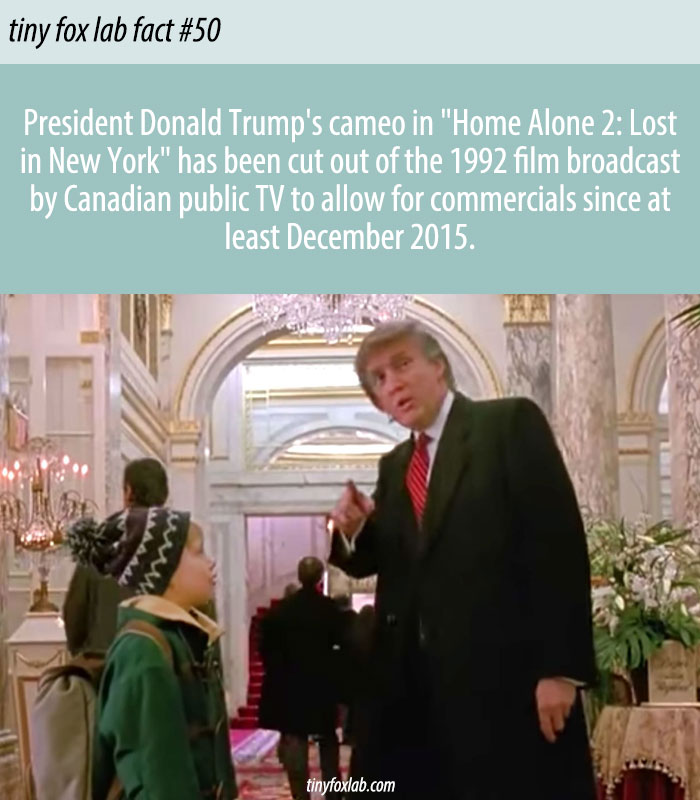 President Donald Trump’s cameo in “Home Alone 2: Lost in New York” was cut out of the version of the 1992 film broadcast by Canadian public TV. CBC said the clip was scrapped to make time for commercials. It’s unclear when CBC first cut Trump’s cameo out of the film, but it has been edited out since at least December 2015. – Tiny Fox Lab Facts