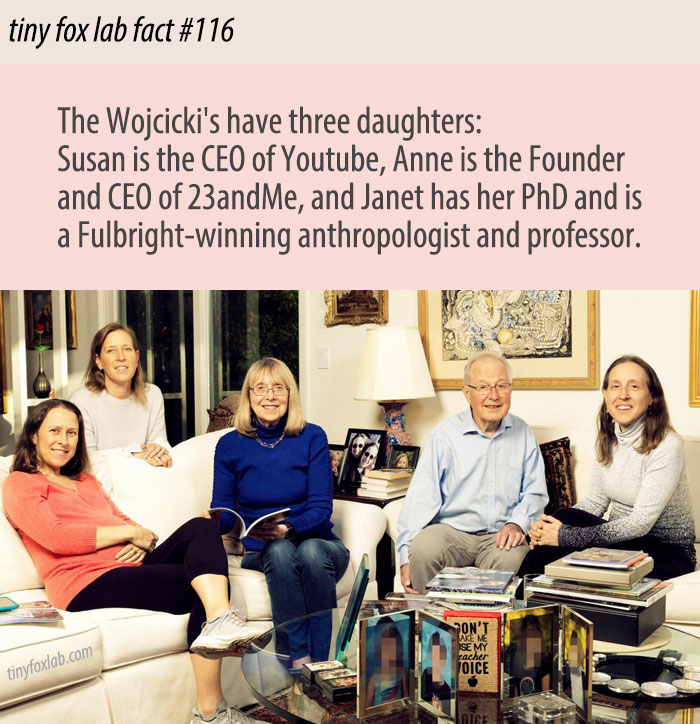 Her husband is Stanford University professor of physics Stanley Wojcicki, and they have ten grandchildren.