Somewhere in California there lies a huge secret warehouse full to the brim with raisins, overseen by a secretive cartel called the Raisin Administrative Committee. 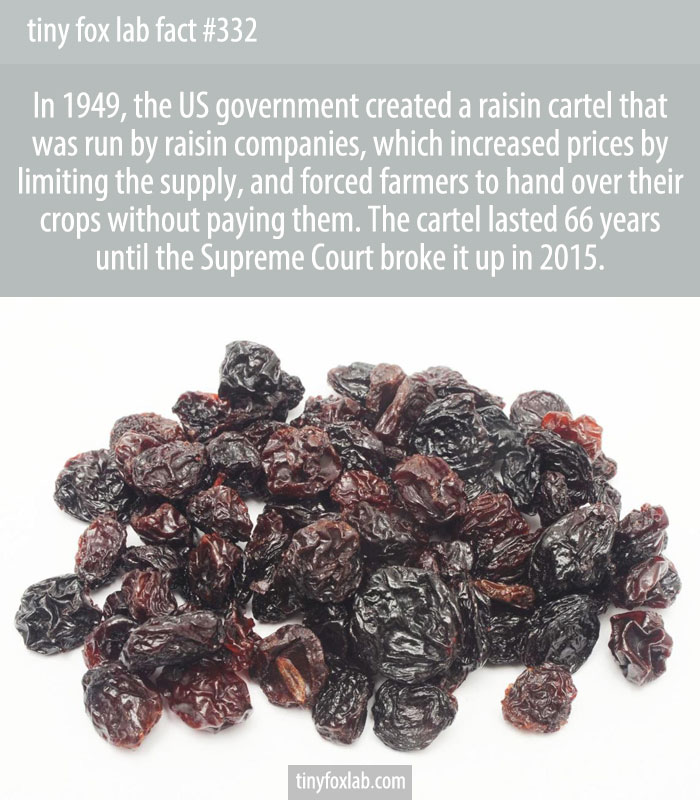 In 1949, the US government created a raisin cartel that was run by raisin companies, which increased prices by limiting the supply, and forced farmers to hand over their crops without paying them. The cartel lasted 66 years until the Supreme Court broke it up in 2015. – Tiny Fox Lab Facts