The Lost Roles of Jim Carrey

Mike Myers played both Austin Powers and Dr. Evil in the 'Austin Powers' trilogy. But Jim Carrey was supposed to co-star in the movie. 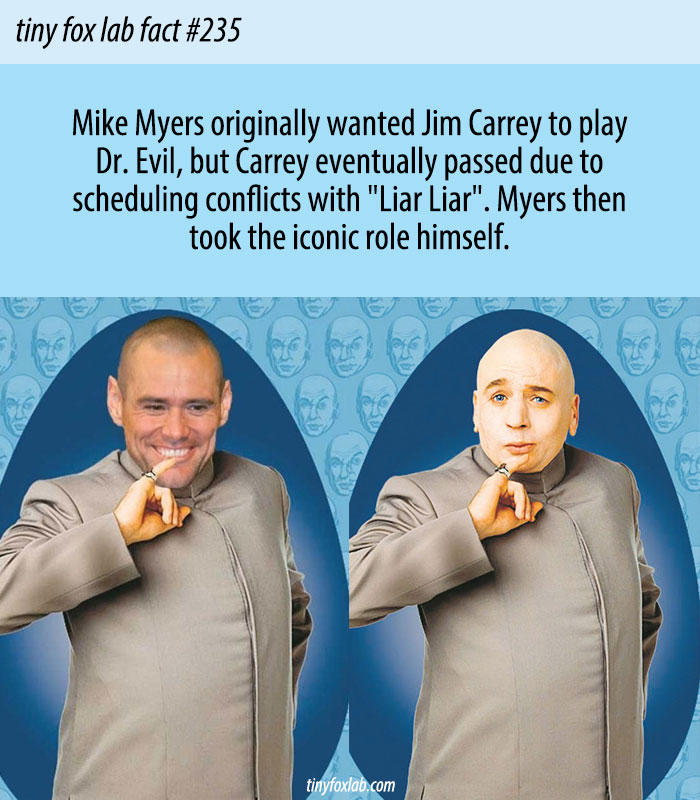 Your Brain is Mostly Fat
Other Names For Cotton Candy
NHL’s Emergency Backup Goalie Wins
At What Age Do Greenland Sharks Reach Adulthood?