The Longest Concert in the World

ORGAN2/ASLSP, the slowest and longest music piece ever, is being performed for 639 years in Halberstadt. 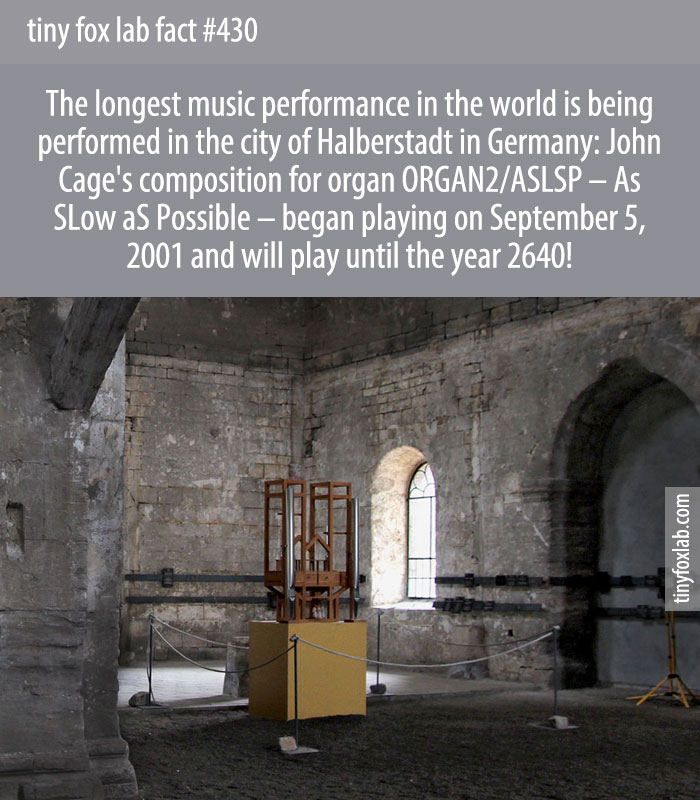 The longest music performance in the world is being performed in the city of Halberstadt in Germany: John Cage’s composition for organ ORGAN2/ASLSP – As SLow aS Possible – began playing on September 5, 2001 and will play until the year 2640!