The Largest Owl That Ever Existed

Cuba's extinct giant owl, Ornimegalonyx, was the largest owl that ever lived. 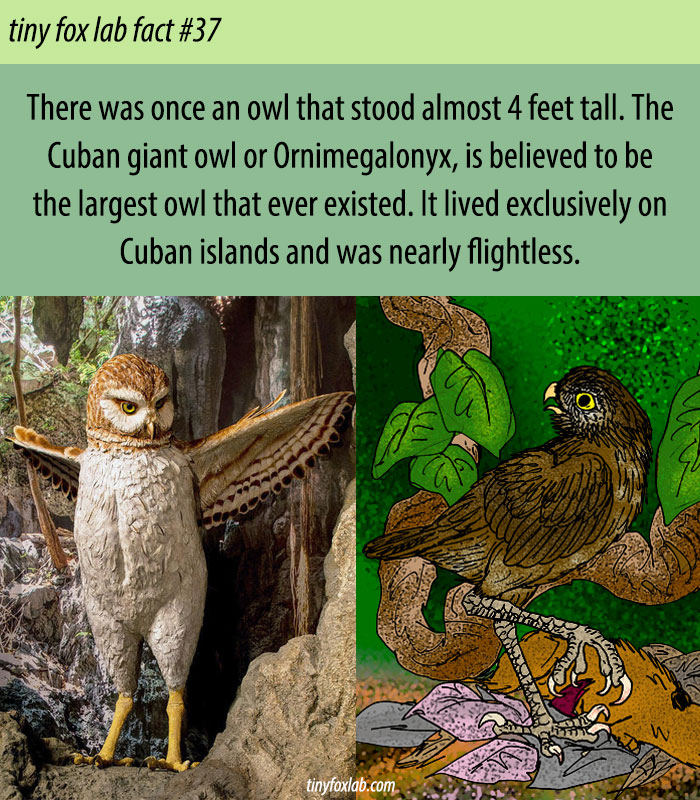 The Cuban giant owl or giant cursorial owl (Ornimegalonyx) is an extinct genus of giant owl that measured 1.1 metres (3 ft 7 in) in height. It is closely related to the many species of living owls of the genus Strix. It was a flightless or nearly flightless bird and it is believed to be the largest owl that ever existed. It lived on the island of Cuba. – Tiny Fox Lab Facts

Strix is a genus of owls in the typical owl family (Strigidae), one of the two generally accepted living families of owls, with the other being the barn-owl (Tytonidae).

The Most Populous Country in the World
Bob The Builder Fixed for Japan
Kelly, the Gull-Baiting Dolphin
America’s First Woman Olympic Champion Was a Golfer