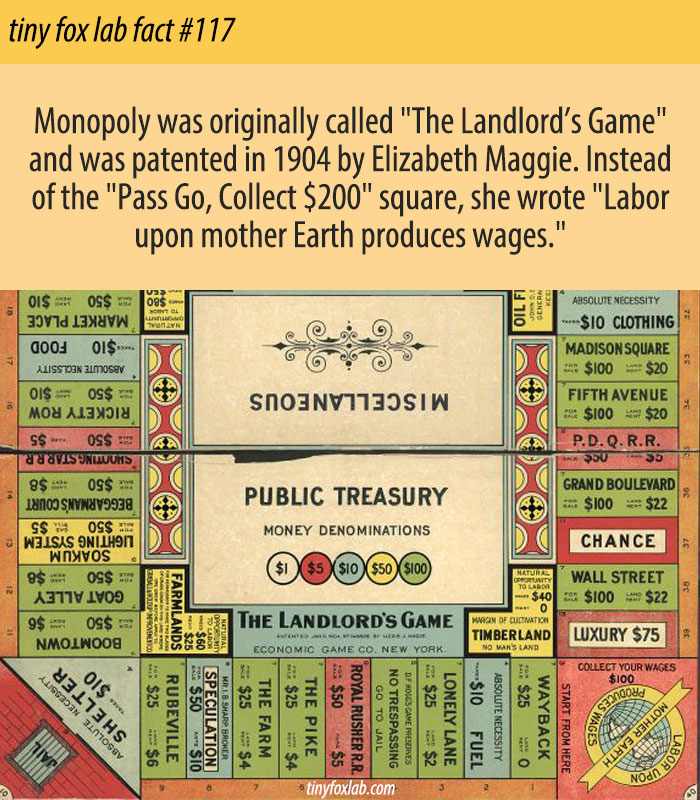 The board game Monopoly has its origin in the early 20th century. The earliest known version of Monopoly, known as The Landlord’s Game, was designed by an American, Elizabeth Magie, and first patented in 1904 but existed as early as 1902. – Tiny Fox Lab Facts

The History of Vegetarianism
Why Disney World Seems to Have No Mosquitoes
Milkman Hero Put Out Fire Using 320 Pints of Milk
The Mummy Speaks!