Oldest Social Housing in the World

It is still inhabited today, affording it the status of being the oldest social housing project in the world. 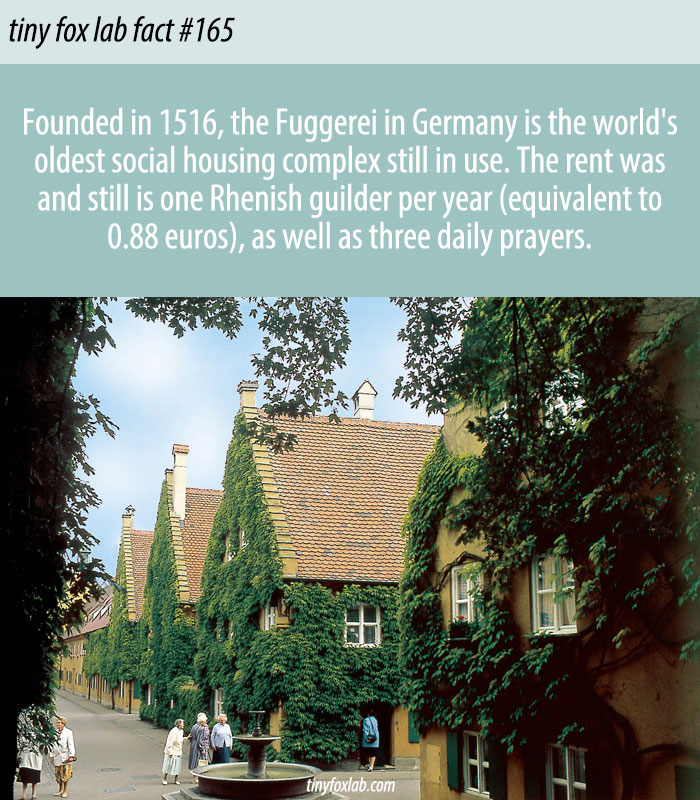 The Fuggerei is the world’s oldest social housing complex still in use. It is a walled enclave within the city of Augsburg, Bavaria, Germany. It takes its name from the Fugger family and was founded in 1516 by Jakob Fugger the Younger (known as “Jakob Fugger the Rich”) as a place where the needy citizens of Augsburg could be housed. The rent was and still is one Rhenish guilder per year (equivalent to 0.88 euros), as well as three daily prayers. – Tiny Fox Lab Facts