The Story of the Teddy Bear

The Teddy Bear was invented in honor of President Theodore Roosevelt. 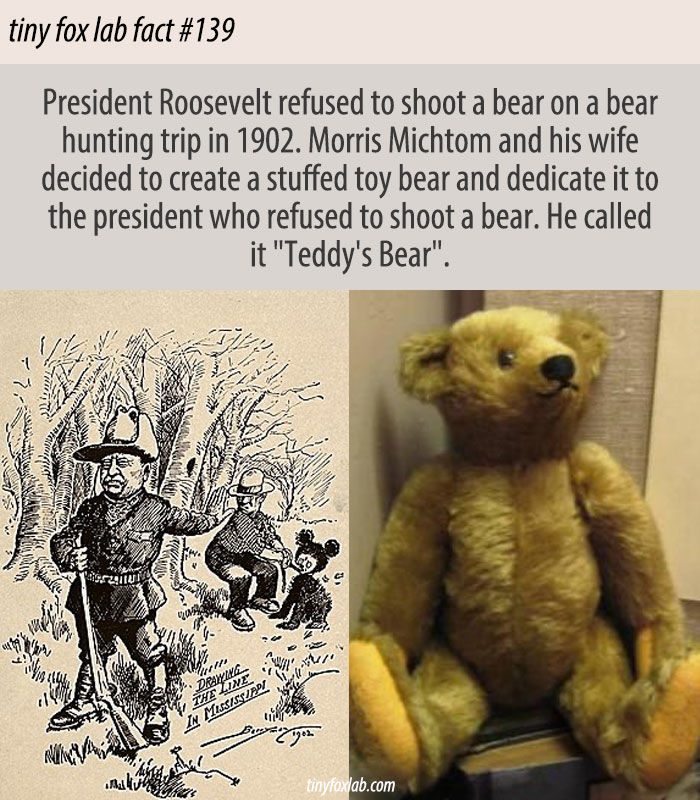