It is named after American entertainer Barbra Streisand. 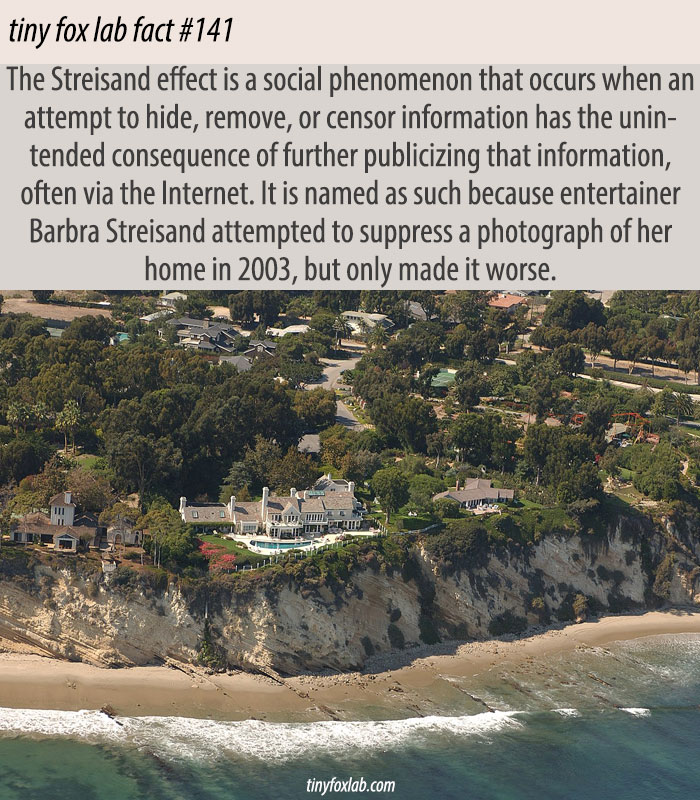 The Streisand effect is a social phenomenon that occurs when an attempt to hide, remove, or censor information has the unintended consequence of further publicizing that information, often via the Internet. It is named after American entertainer Barbra Streisand, whose attempt to suppress the California Coastal Records Project’s photograph of her residence in Malibu, California, taken to document California coastal erosion, inadvertently drew further attention to it in 2003. – Tiny Fox Lab Facts