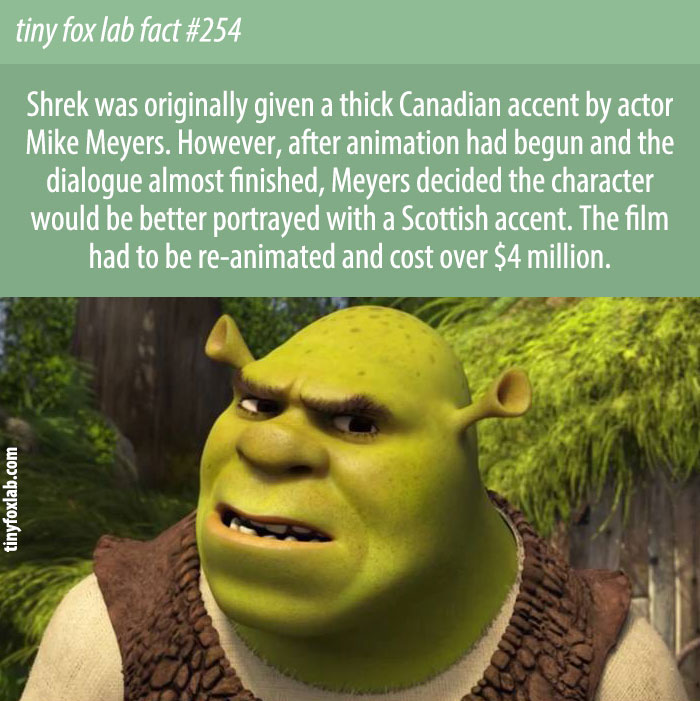 Shrek was originally given a thick Canadian accent by actor Mike Meyers. However, after animation had begun and the dialogue almost finished, Meyers decided the character would be better portrayed with a Scottish accent. The film had to be re-animated and cost over $4 million. – Tiny Fox Lab Facts

The Story of the 1904 Olympic Marathon
Burger vs. Sandwich
How Do Astronauts Brush Their Teeth?
The World’s Oldest Known Bottle of Wine