Semantic satiation the effect in which a word seems to lose its meaning after it has been repeated many times in rapid succession. 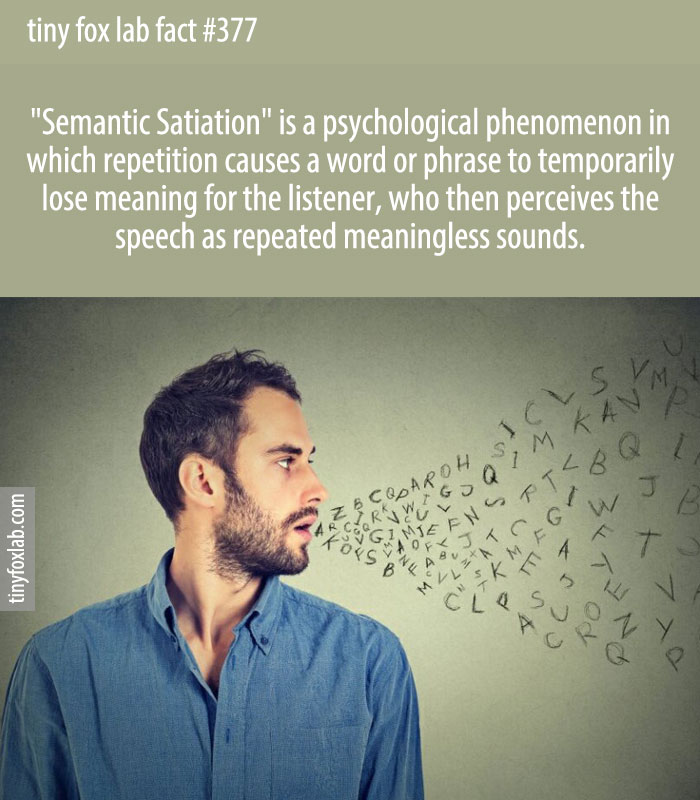 “Semantic Satiation” is a psychological phenomenon in which repetition causes a word or phrase to temporarily lose meaning for the listener, who then perceives the speech as repeated meaningless sounds. – Tiny Fox Lab Facts