Has San Marino Ever Won a Game?

The nation's only victory so far has come against Liechtenstein in a friendly match on 28 April 2004, where San Marino won 1–0. 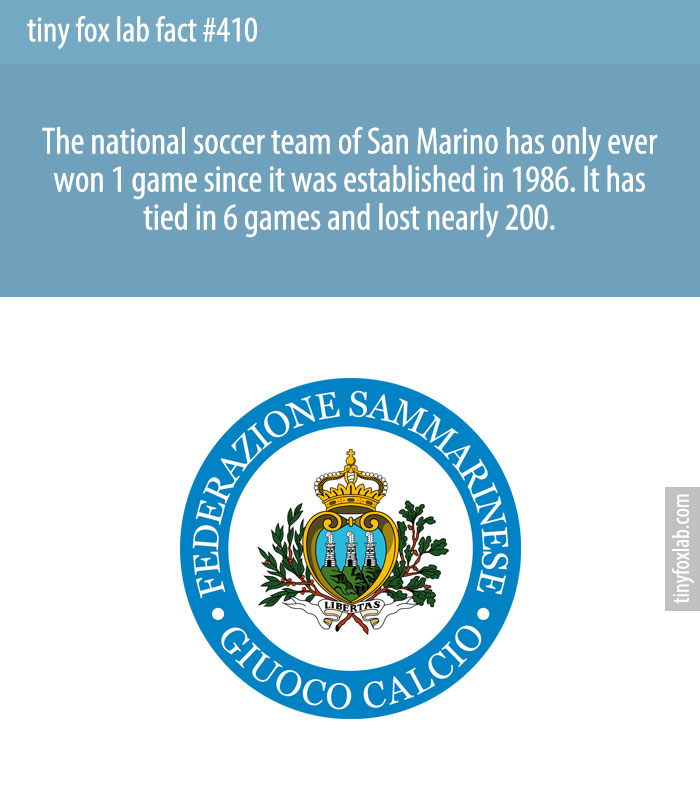 The national soccer team of San Marino has only ever won 1 game since it was established in 1986. It has tied in 6 games and lost nearly 200. – Tiny Fox Lab Facts