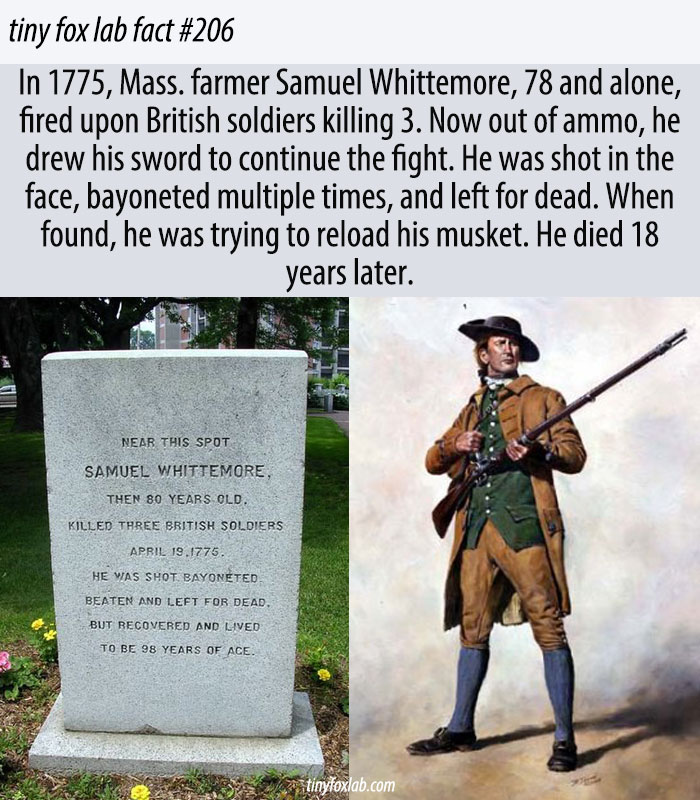 In 1775, Mass. farmer Samuel Whittemore, 78 and alone, fired upon British soldiers killing 3. Now out of ammo, he drew his sword to continue the fight. He was shot in the face, bayoneted multiple times, and left for dead. When found, he was trying to reload his musket. He died 18 years later. – Tiny Fox Lab Facts