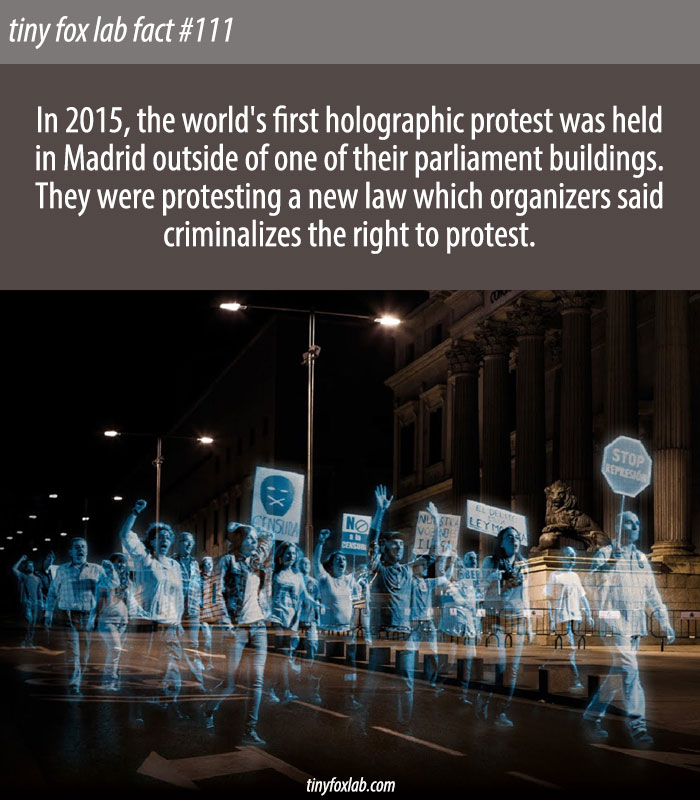 In 2015, thousands of people marched past a Spanish parliament building in Madrid to protest a new law that they say endangers civil liberties. But none of them were actually there. The demonstrators were taking part in what organizers described as the world’s first hologram protest. – Tiny Fox Lab Facts