He just wanted a fair fight. 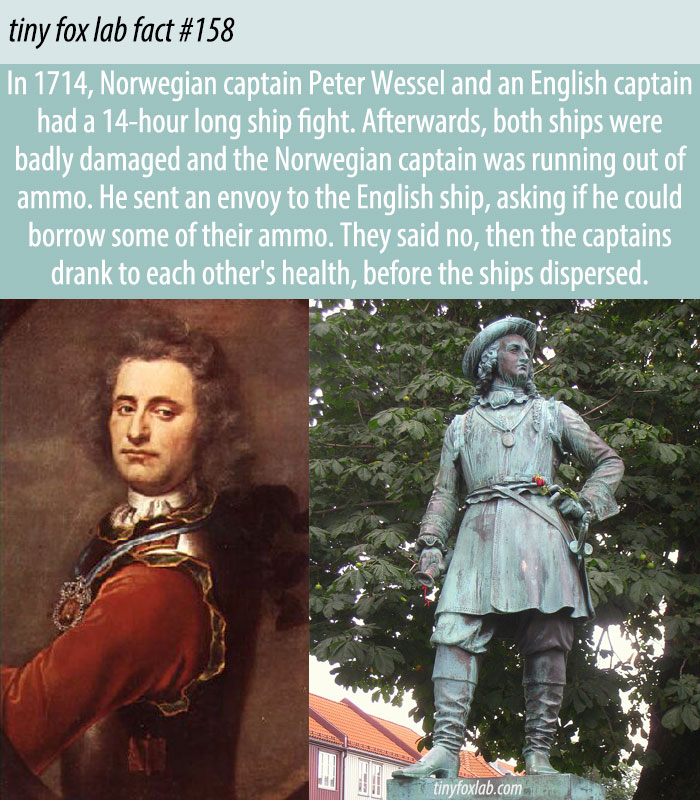 In 1714, Norwegian captain Peter Wessel and an English captain had a 14-hour long ship fight. Afterwards, both ships were badly damaged and the Norwegian captain was running out of ammo. He sent an envoy to the English ship, asking if he could borrow some of their ammo. They said no, then the captains drank to each other’s health, before the ships dispersed. – Tiny Fox Lab Facts