The mystery fungus that 'mummified' an old Twinkie. 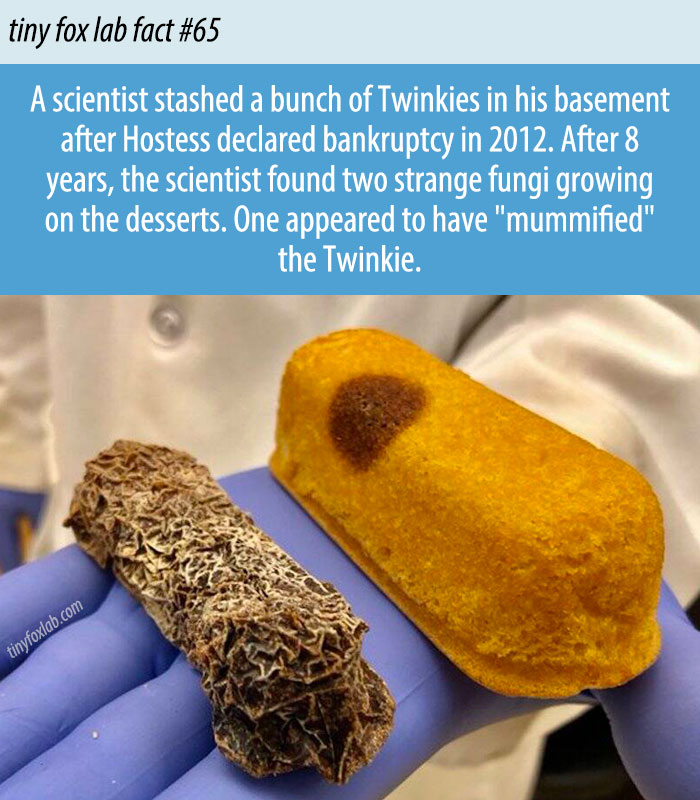 A scientist stashed a bunch of Twinkies in his basement after Hostess declared bankruptcy in 2012. After 8 years, the scientist found two strange fungi growing on the desserts. One appeared to have “mummified” the Twinkie. – Tiny Fox Lab Facts