Hawaii Has the Only Fried Apple Pies in U.S.

Everywhere else in the U.S., they're baked. 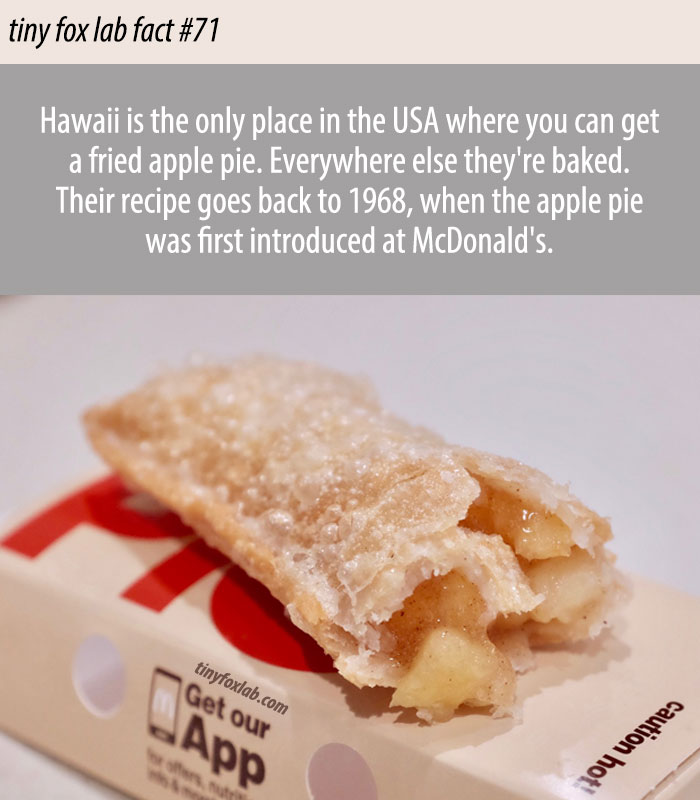 Hawaii’s is the only state in the US that still have McDonald’s deep fried apple pie. McDonald’s Hawaii outsell their mainland counterparts in Apple Pies and they also have taro pie and haupia (coconut) pie. – Tiny Fox Lab Facts