It's a first for the magazine, which has never featured a cartoon character before. 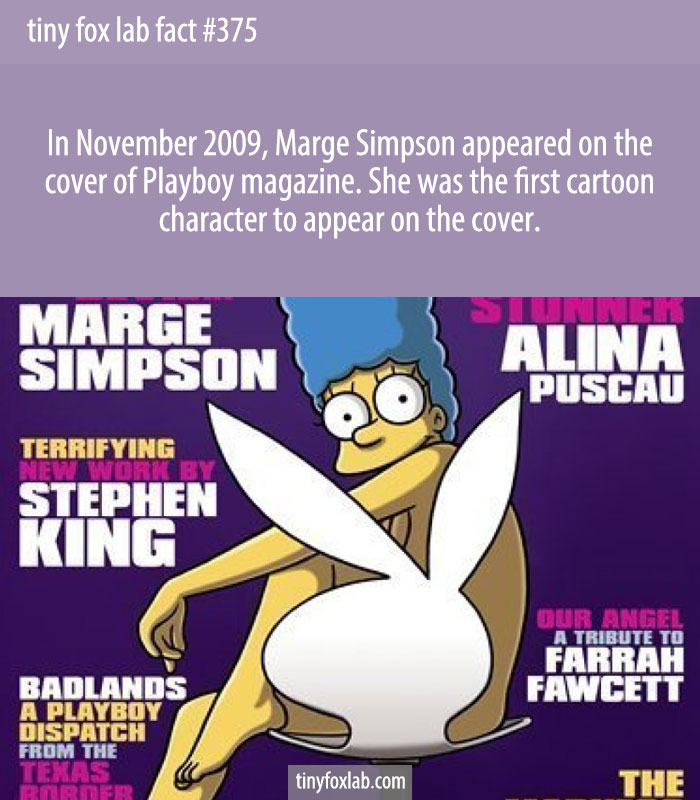 In November 2009, Marge Simpson appeared on the cover of Playboy magazine. She was the first cartoon character to appear on the cover. – Tiny Fox Lab Facts

Oldest Cat Ever
What Does Trencher Mean?
Elephant Polo
Paving for Pizza