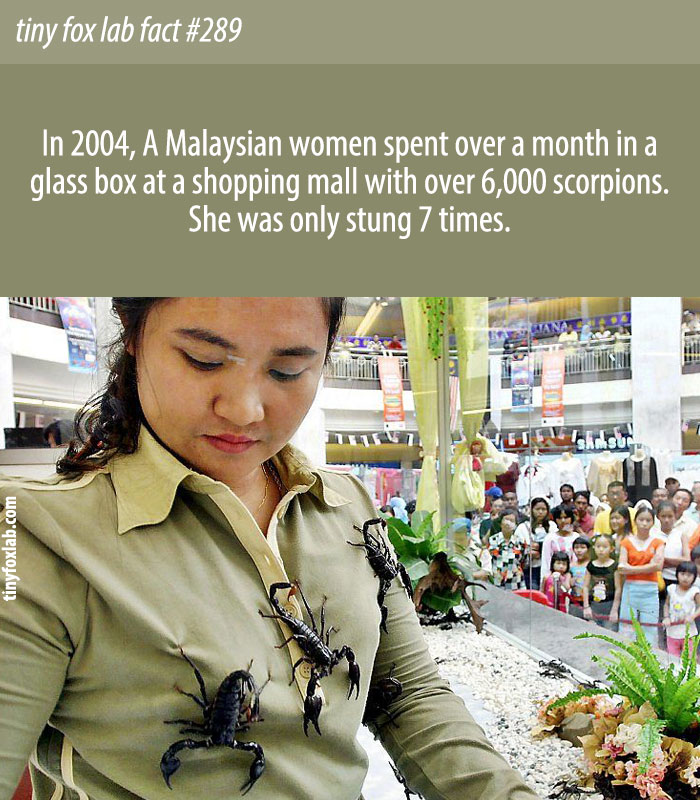 In 2004, A Malaysian woman has broken a world record by spending 32 days in a glass box with more than 6,000 scorpions. Nur Malena Hassan, nicknamed Scorpion Queen, has been stung seven times since she began the stunt. – Tiny Fox Lab Facts

Health Advice On Prevention Of COVID-19
The Sentinelese
The Tin Man Cried Chocolate Syrup
Why Do Doctors Still Use Pagers?