The Romans may have first come across the colorful potential of nanoparticles by accident, but they seem to have perfected it. 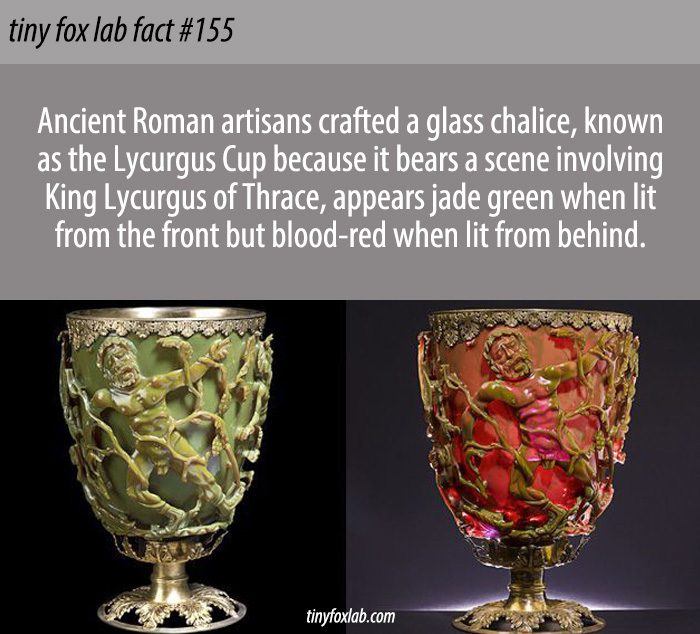 Ancient Roman artisans crafted a glass chalice, known as the Lycurgus Cup because it bears a scene involving King Lycurgus of Thrace, appears jade green when lit from the front but blood-red when lit from behind. – Tiny Fox Lab Facts