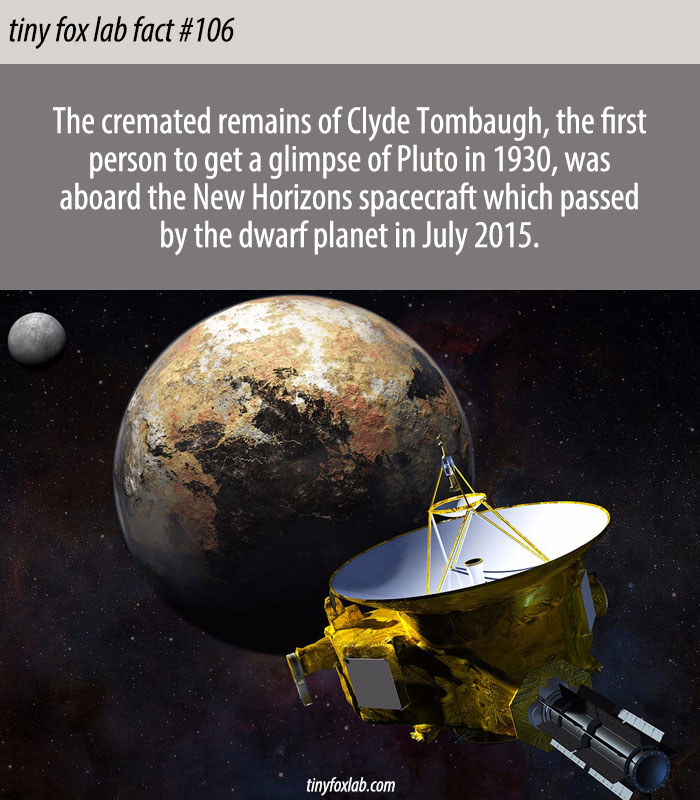 The Cremated remains of Clyde Tombaugh, the first person to get a glimpse of Pluto in 1930, is aboard the New Horizons spacecraft on its way to the dwarf star. Tombaugh died in 1997 and his ashes were placed in an aluminum capsule within the space probe in 2006. – Tiny Fox Lab Facts

Hawaii Has the Only Fried Apple Pies in U.S.
Why Do Spittlebugs Make Bubbles?
Eastern Gray Kangaroo
Protest by Hologram