A life-size jersey made of fruit roll up. 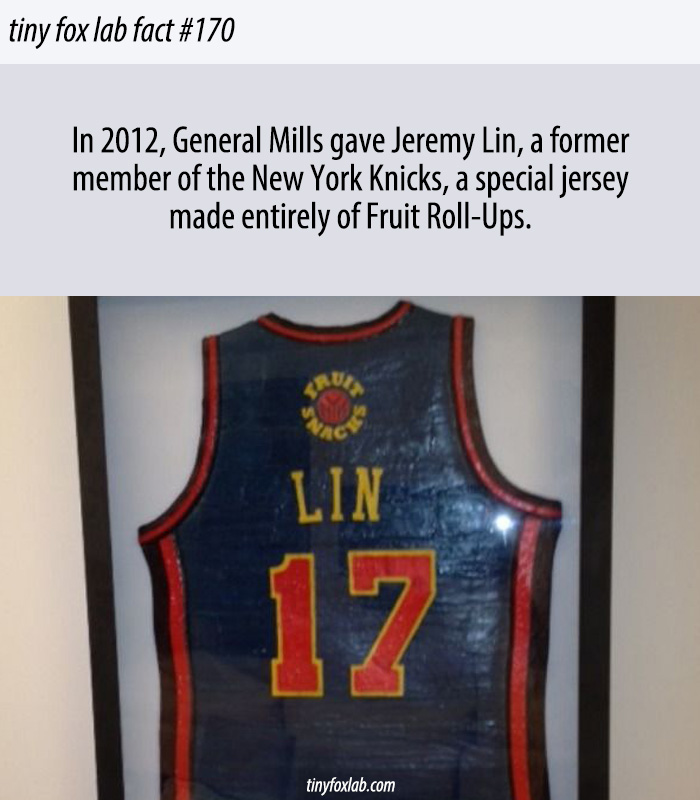 Lin was the first American of Chinese or Taiwanese descent to play in the NBA, and is one of the few Asian Americans to have played in the league. He was the first Asian American to win an NBA championship, having done so with the Toronto Raptors in 2019. He is also known for his devout Christianity.