Leopard of the Central Provinces

The leopard caused such panic that the native communities in its range rarely left their homes alone or unarmed. 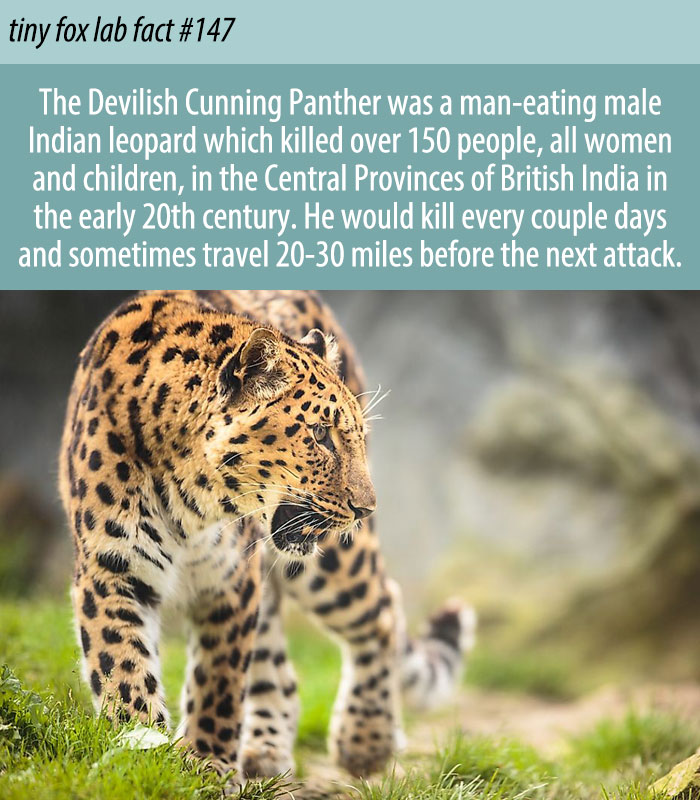 The Leopard of the Central Provinces, also known as the Devilish Cunning Panther, was a man-eating male Indian leopard which over the course of a couple of years, killed over 150 people, all women and children, in the Central Provinces of British India in the early 20th century. The leopard reportedly claimed a victim once every 2–3 days, each time in a different area to the last, with the killings sometimes taking place 20–30 miles apart. – Tiny Fox Lab Facts