They are a pair of white storks who became renowned in Croatia for their romantic endeavors. 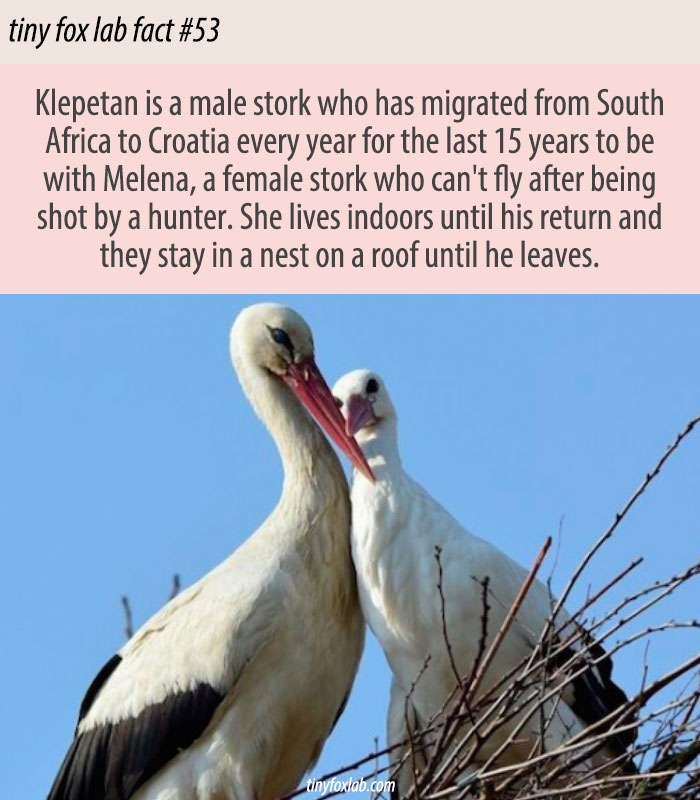 Klepetan is a male stork who migrates from South Africa to Croatia every year for the last 15 years to be with Melena, a female stork who can’t fly after being shot by a hunter. She lives indoors until his return and they stay in a nest on a roof until he leaves. They’ve had over 40 babies. – Tiny Fox Lab Facts

The History of Vegetarianism
Pigs Can Play Video Games
How to Live Longer?
Accommodating Diners with Disabilities