A dolphin named Kelly has shown astounding signs of intelligence. 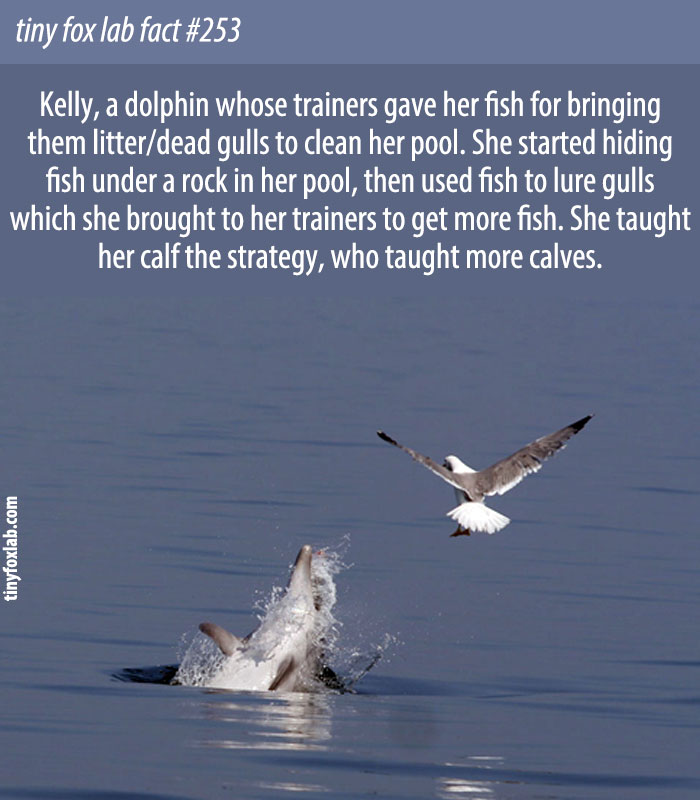 Kelly, a dolphin whose trainers gave her fish for bringing them litter/dead gulls to clean her pool. She started hiding fish under a rock in her pool, then used fish to lure gulls which she brought to her trainers to get more fish. She taught her calf the strategy, who taught more calves. – Tiny Fox Lab Facts

The World’s Largest Doughnut
Where Are London’s Gold Vaults?
Needing To Pee Can Make You A Better Liar
Bob The Builder Fixed for Japan