Did Karl Marx Live in Poverty?

From the time he moved to England in early 1849 until the time of his death, Marx and his family lived in abject poverty. 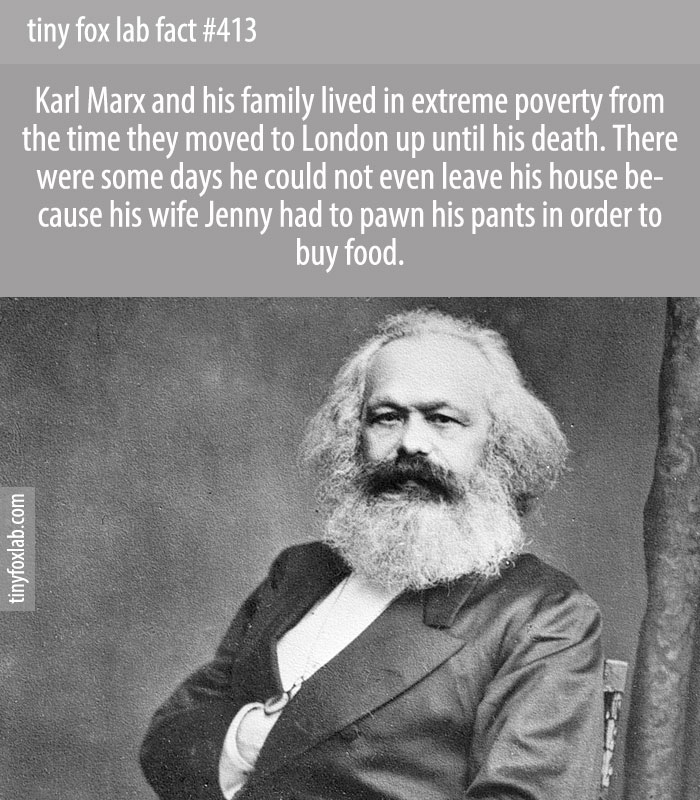 Karl Marx and his family lived in extreme poverty from the time they moved to London up until his death. There were some days he could not even leave his house because his wife Jenny had to pawn his pants in order to buy food. – Tiny Fox Lab Facts

Bullwinkle Puppet
The Wise Wives of Weinsberg
A Group of Penguins
Lin Ching Lan: Dancing to Her Own Beat