Initially, it was built to connect distant Japanese regions with Tokyo, the capital, to aid economic growth and development. 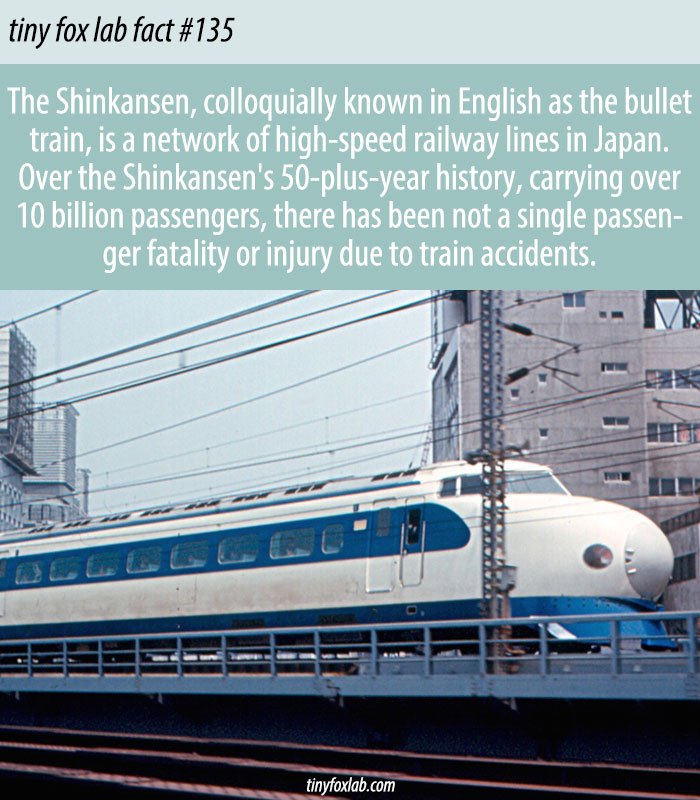 The Shinkansen, colloquially known in English as the bullet train, is a network of high-speed railway lines in Japan. Over the Shinkansen’s 50-plus-year history, carrying over 10 billion passengers, there has been not a single passenger fatality or injury due to train accidents. – Tiny Fox Lab Facts