Bruce Bridgeman lived with a flat view of the world, until a trip to the cinema. 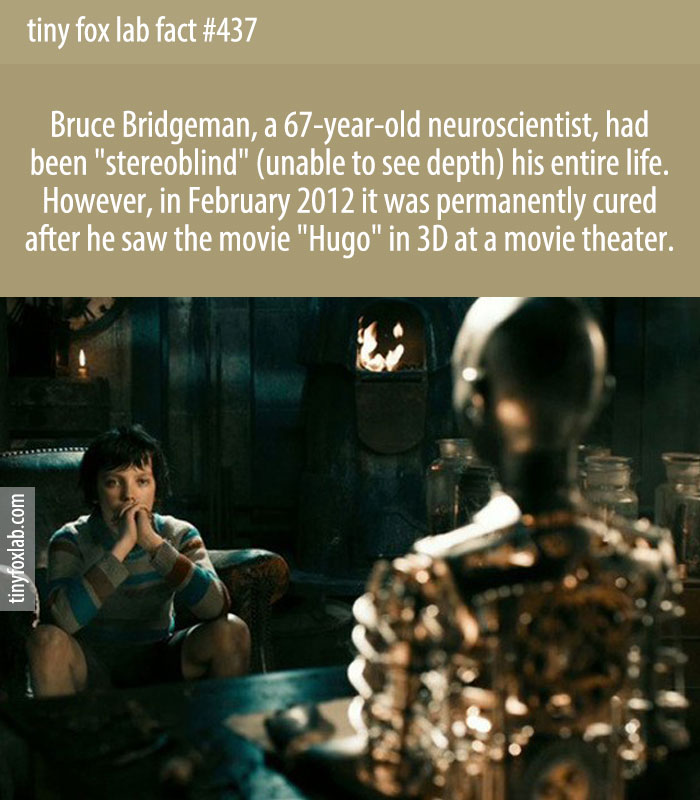 Bruce Bridgeman, a 67-year-old neuroscientist, had been “stereoblind” (unable to see depth) his entire life. However, in February 2012 it was permanently cured after he saw the movie “Hugo” in 3D at a movie theater.

Trip to Tripoint
Medical Evidence Scant for Much TV Docs’ Advice
Has San Marino Ever Won a Game?
Boiling Lobsters Alive Should Be Banned