Human drugs often end up washing from sewers into rivers, which can alter animals' natural behaviours. 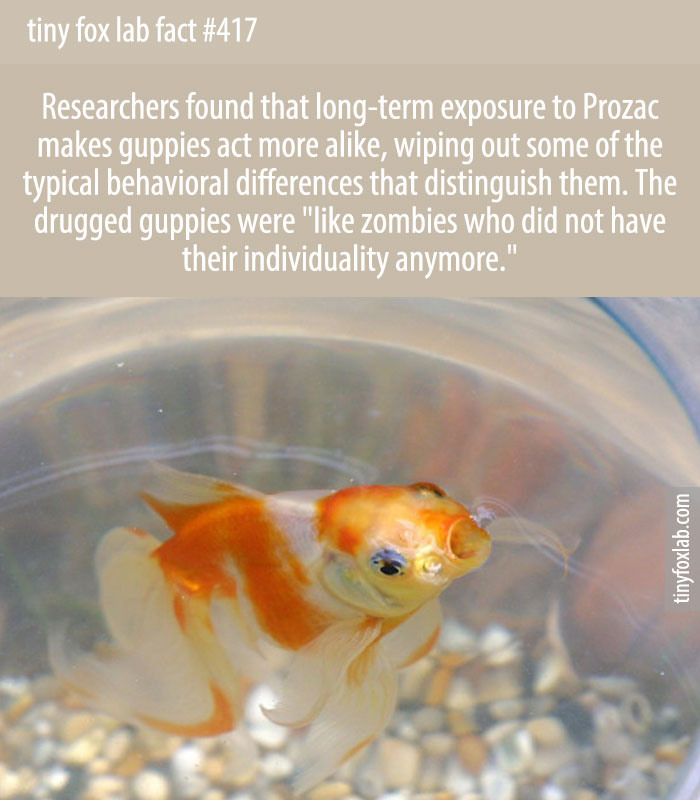 Researchers found that long-term exposure to Prozac makes guppies act more alike, wiping out some of the typical behavioral differences that distinguish them. The drugged guppies were like zombies who did not have their individuality anymore. – Tiny Fox Lab Facts