Where Are London’s Gold Vaults?

The largest by far lies in the Bank of England. It holds three-quarters of the gold in London, or 5,134 tonnes. 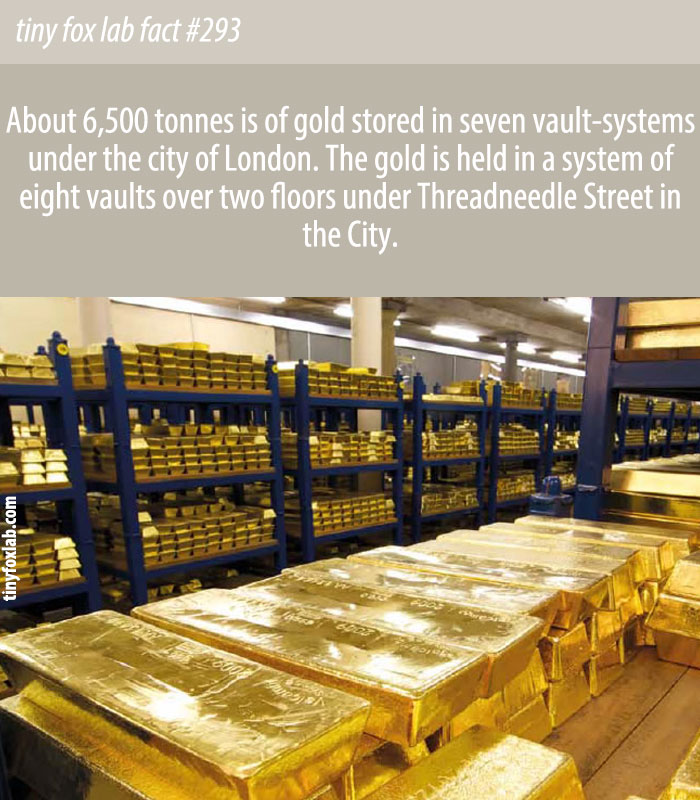 About 6,500 tonnes is of gold stored in seven vault-systems under the city of London. The gold is held in a system of eight vaults over two floors under Threadneedle Street in the City. – Tiny Fox Lab Facts