More than a million years ago, an ape as big as a polar bear lived in South Asia, until going extinct 300,000 years ago. 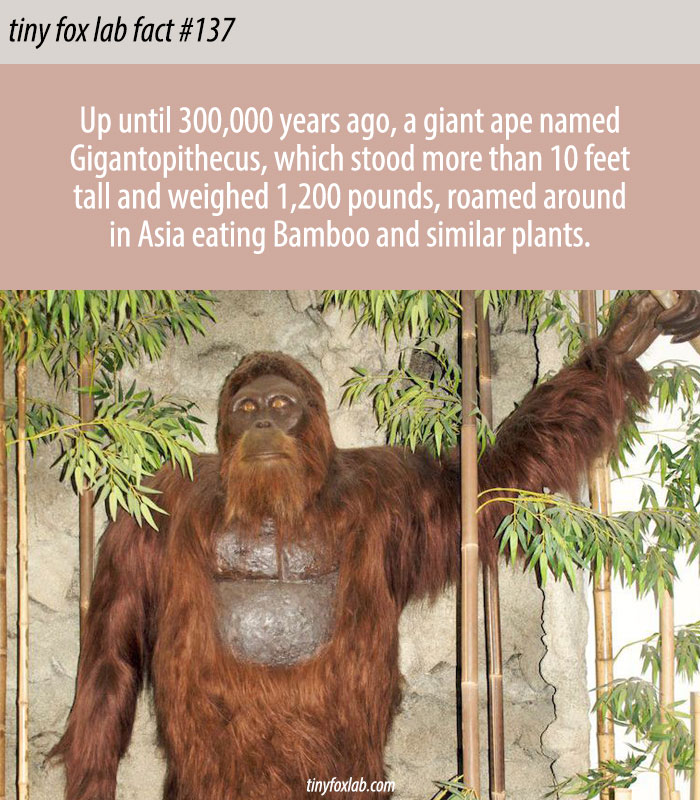 Gigantopithecus stood more than 10 feet tall and weighed 1,200 pounds (at most, gorillas only weigh 400 pounds). Given their size, they probably lived on the ground, walking on their fists like modern orangutans. And they probably eating Bamboo and similar plants. – Tiny Fox Lab Facts