The president of Georgia (the country) fired the entire Georgian police force in 2004 because of its corruption. 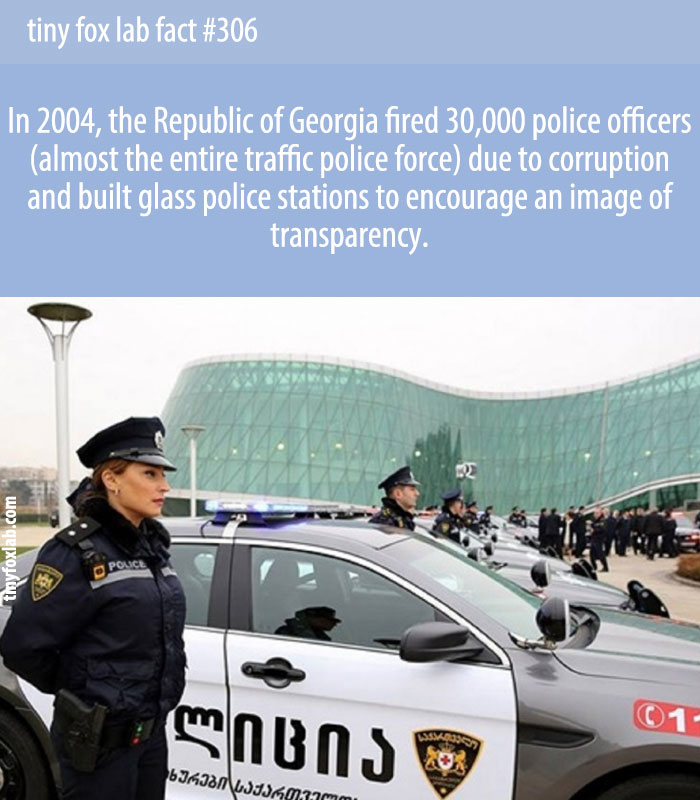 In 2004, the Republic of Georgia fired 30,000 police officers (almost the entire traffic police force) due to corruption and built glass police stations to encourage an image of transparency. – Tiny Fox Lab Facts

Since then crime in Georgia has dropped and the public confidence in the police has risen drastically.