The French Soldier Who Became a Swedish King

Charles XIV John was King of Sweden and Norway from 1818 until his death. In modern Norwegian lists of kings he is called Charles III John. 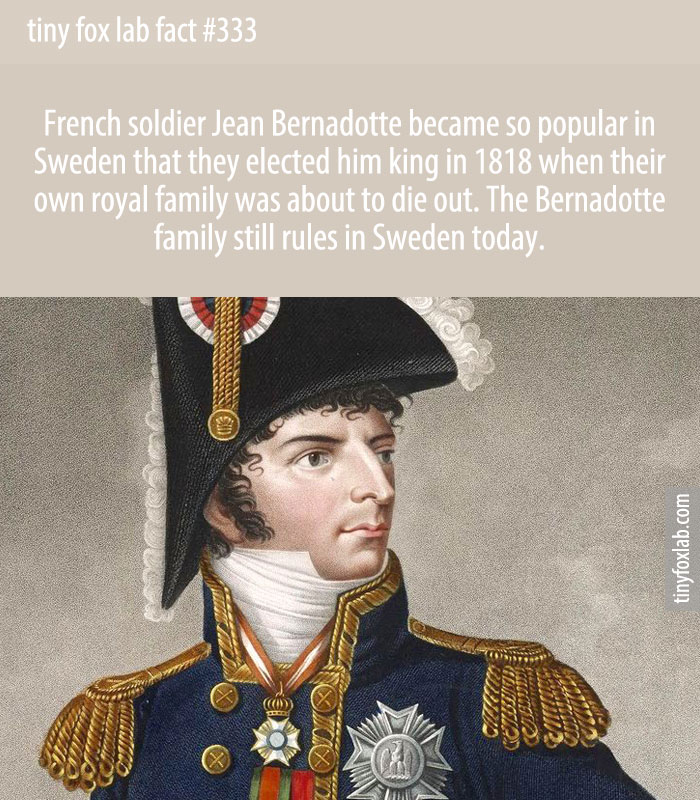 French soldier Jean Bernadotte became so popular in Sweden that they elected him king in 1818 when their own royal family was about to die out. The Bernadotte family still rules in Sweden today. – Tiny Fox Lab Facts

Istanbul, The City That Lies On Two Continents
Aluminum is Infinitely Recyclable
The Parrot Who Said “I Love You”
Fear of Opinions