When a Soldier Attacks a Comrade

Soldiers would throw live frag grenades into the quarters of officers they thought were incompetent. 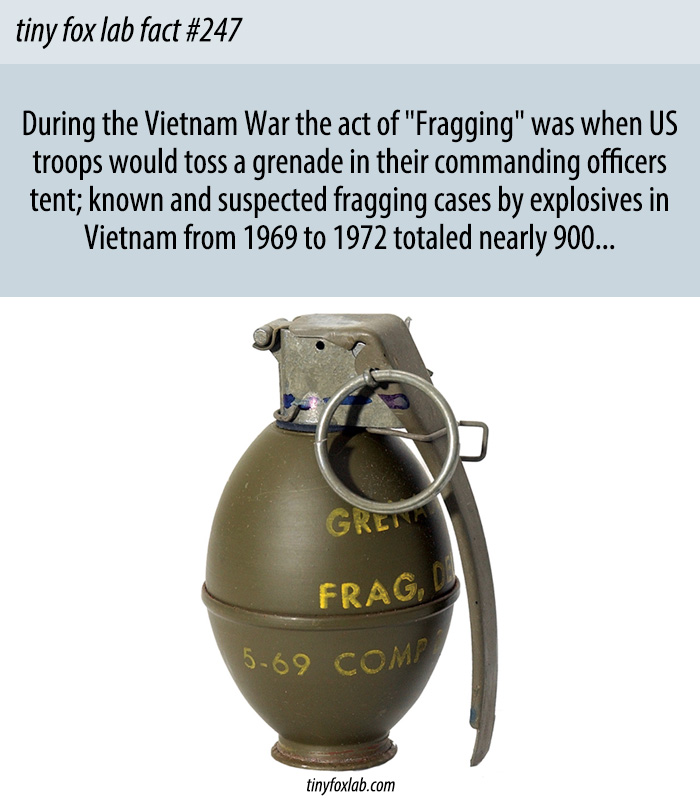 During the Vietnam War the act of “Fragging” was when US troops would toss a grenade in their commanding officers tent; known and suspected fragging cases by explosives in Vietnam from 1969 to 1972 totaled nearly 900… – Tiny Fox Lab Facts