Bob The Builder Fixed for Japan

Bob the Builder has five fingers in Japan due to the Yakuza. 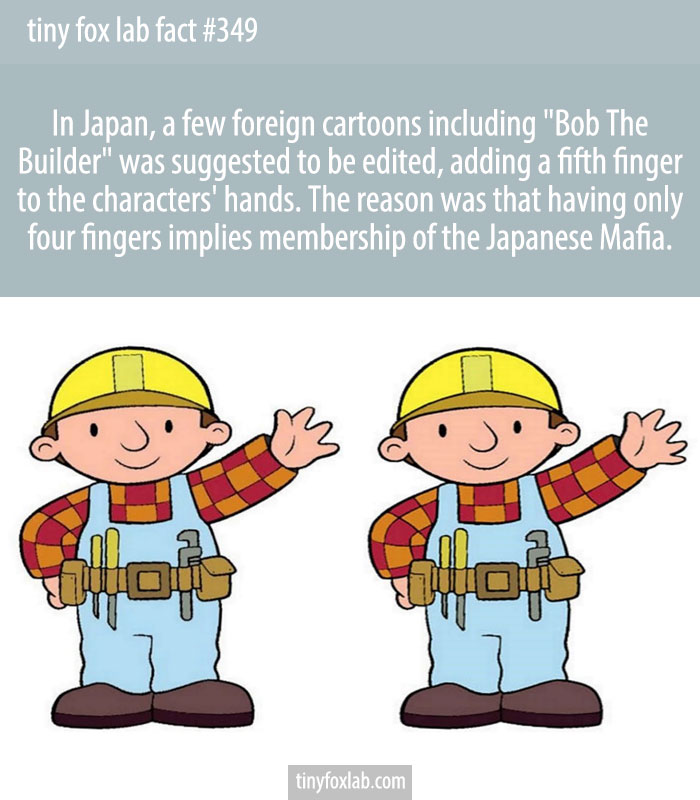 In Japan, a few foreign cartoons including “Bob The Builder” was suggested to be edited, adding a fifth finger to the characters’ hands. The reason was that having only four fingers implies membership of the Japanese Mafia. – Tiny Fox Lab Facts

Do Insects Have Blood?
What Does Trencher Mean?
Goldfish’s Memory Not Just Three Seconds
Kummerspeck