In fact, the ambiguous vocals made the recording the subject of a two-year-long FBI investigation. 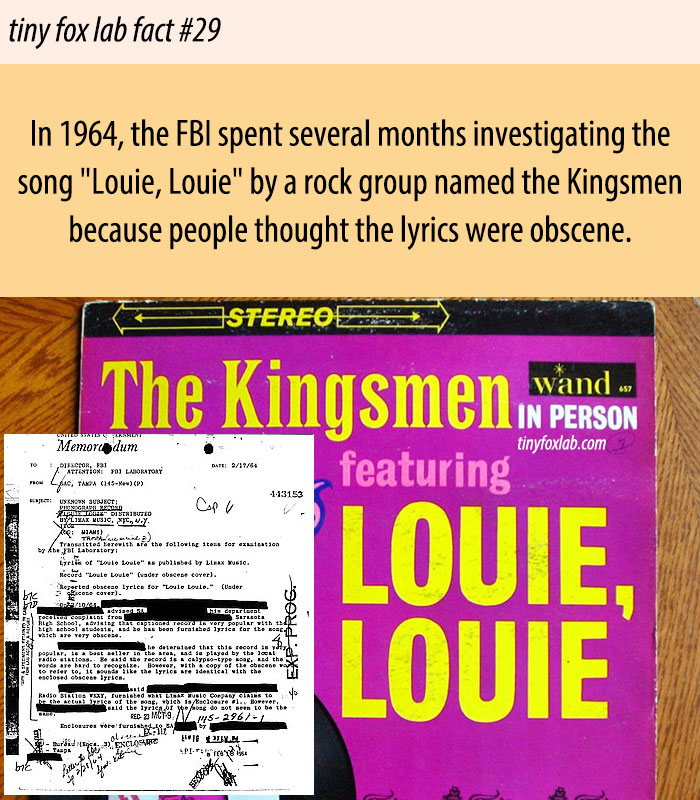 In 1963, a rock group named the Kingsmen recorded the song “Louie, Louie.” The popularity of the song and difficulty in discerning the lyrics led some people to suspect the song was obscene. The FBI was asked to investigate whether or not those involved with the song violated laws against the interstate transportation of obscene material. The limited investigation lasted from February to May 1964 and discovered no evidence of obscenity. – Tiny Fox Lab

What Does Poltergeist Mean?
The French Soldier Who Became a Swedish King
The Telephone Bandit
Kummerspeck