It was not operated by the United States government, this embassy was a sham. 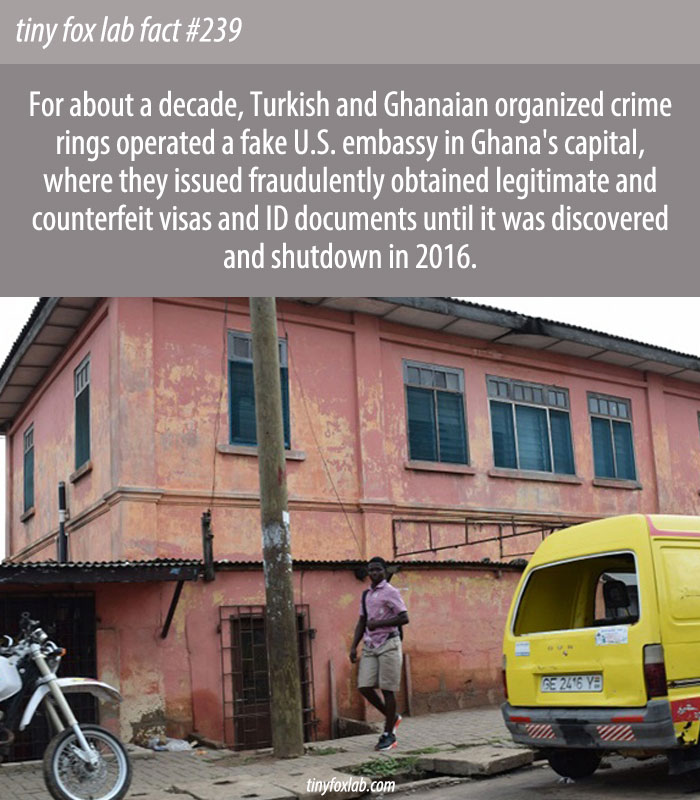 For about a decade, Turkish and Ghanaian organized crime rings operated a fake U.S. embassy in Ghana’s capital, where they issued fraudulently obtained legitimate and counterfeit visas and ID documents until it was discovered and shutdown in 2016. – Tiny Fox Lab Facts

Products Produced from The Simpsons
$300,000 Diamond Was Lost in an F1 Car Crash
Beer Day in Iceland
The History Of Broccoli