English is spoken by over two billion people in the world. 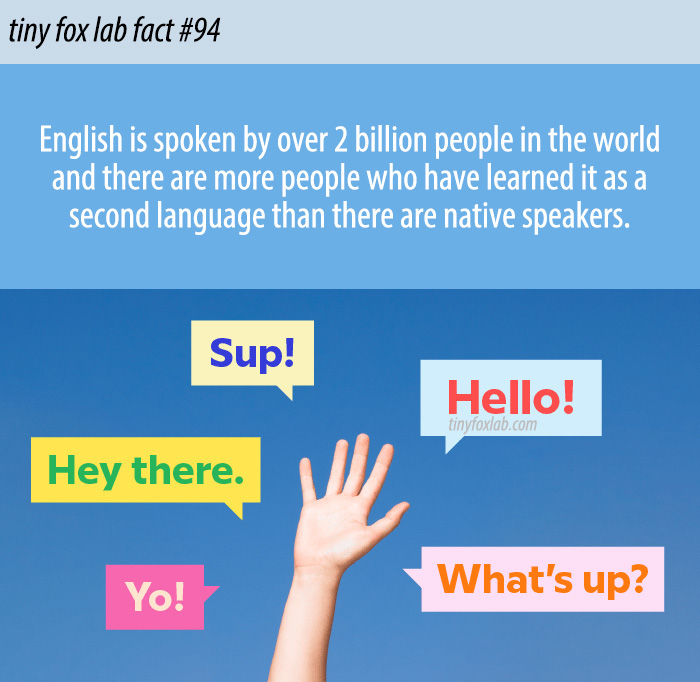 Bob The Builder Fixed for Japan
Lobsters Pee From Their Faces
Seeking Asylum in Germany
The East is Odd, West is Even Odder