Ayres was the first-ever emergency backup goalie to get an NHL win. 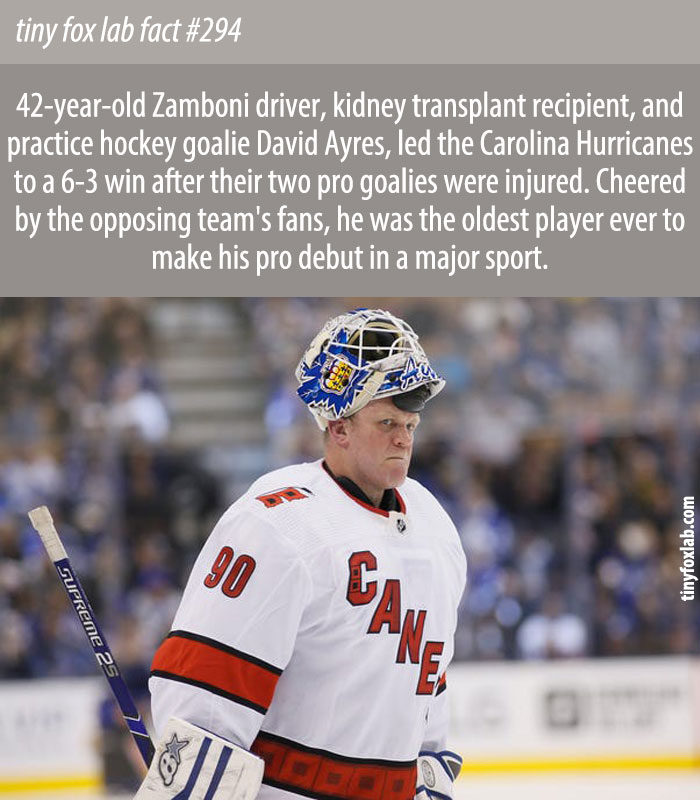 42-year-old Zamboni driver, kidney transplant recipient, and practice hockey goalie David Ayres, led the Carolina Hurricanes to a 6-3 win after their two pro goalies were injured. Cheered by the opposing team’s fans, he was the oldest player ever to make his pro debut in a major sport. – Tiny Fox Lab Facts