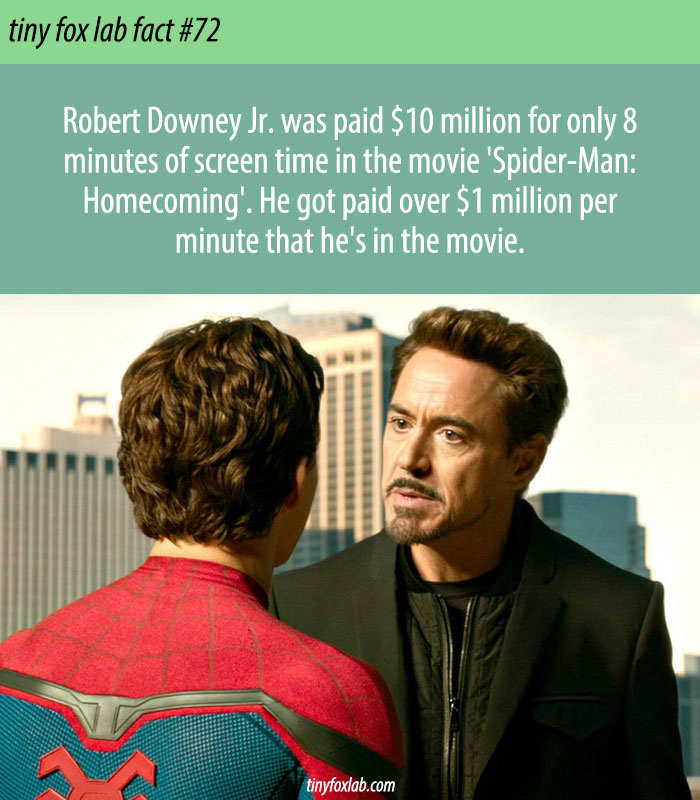 Robert Downey Jr. was paid $10M for only 8 minutes of screen time in ‘Spider-Man: Homecoming’. He got paid over $1 million per minute he’s in the movie. – Tiny Fox Lab Facts

Apparently Will Smith got $100M for ~100 minutes of Men in Black 3.
RDJ got $75M for Infinity War and he didn’t have even an hour of screen time there.
So this rate is not unheard of.

The World’s Largest Producer of Cymbals
North Korea Has Its Own Rules for Basketball
Why Are Milk Duds Called Milk Duds?
Count Wampyr Not Dracula