Nixon’s Drunken Run-ins With the Bomb

Kissinger convinced the military to stand down from the order until Nixon was sober. 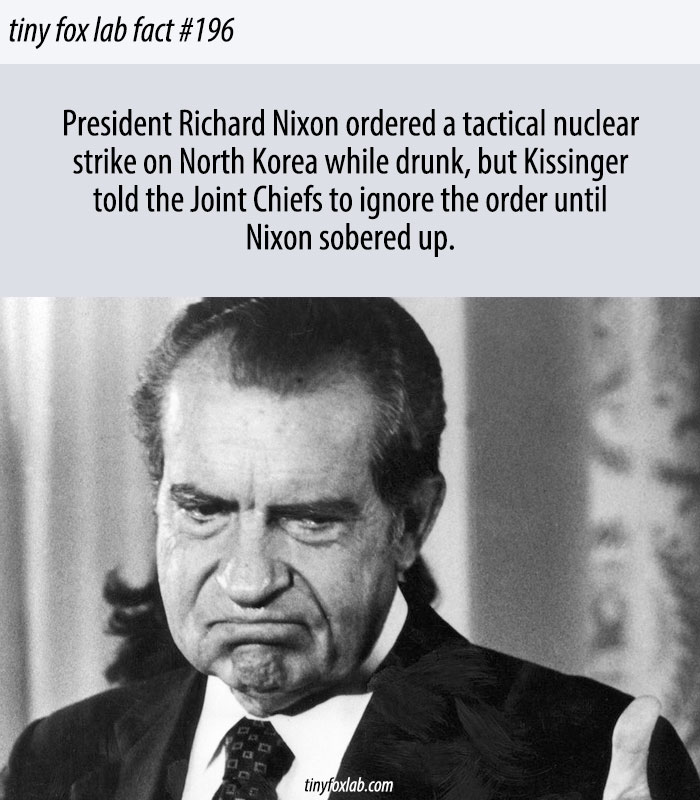 Satchmo, Nixon and the Hidden Stash
The World Mosquito Program
Products Produced from The Simpsons
Most Handshakes by a Head of State